Cyclocross, triathlon or individual time trial - some disciplines are predestined for the use of a single drive. SRAM has developed the Force 1-speed cranks for this intended use . In connection with the increased bandwidth of the Red 12-speed cassettes, a 1-speed drive is sufficient in many cases even on a racing bike.
In addition to saving weight by eliminating the derailleur, a 1-speed drive is also less prone to malfunction and more intuitive to switch than a 2-speed system. The SRAM X-Sync tooth profile, which has been tried and tested in the MTB sector, with alternately thick and thin teeth (narrow-wide) ensures a secure fit of the chain on the chainring. The crankshaft was developed for the new DUB Road bottom bracket standard for another intended use . The crankshaft is compatible with all common bottom bracket housings via the corresponding DUB bottom bracket. With the Quarq power meter integrated in the chainring, you have the perfect tool to effectively control your training.

NOTE: The Powermeter Spider must be mounted on the crank mount using the Torx fastening screws included in the scope of delivery.

Weight according to the manufacturer: not specified
Weight weighed: 727g 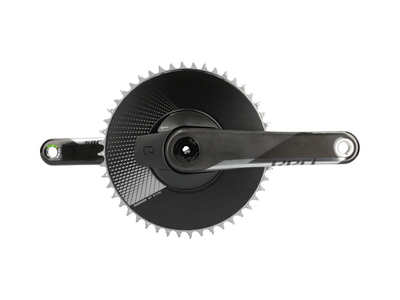 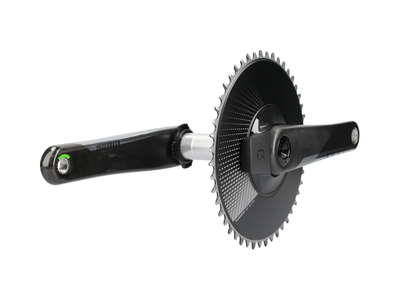 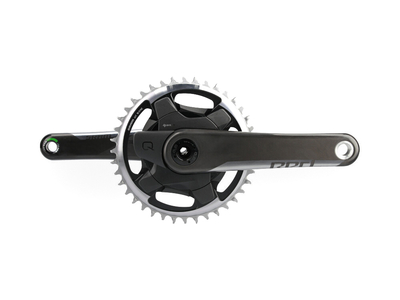 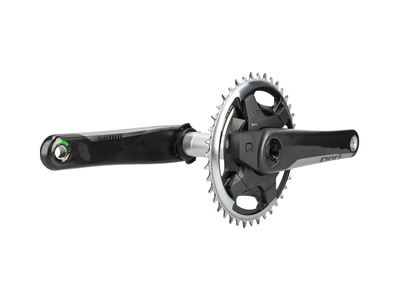 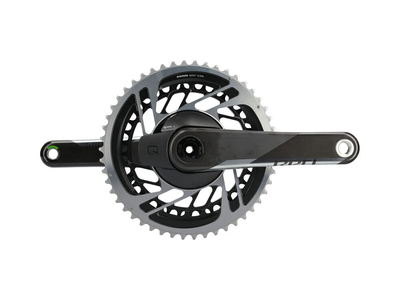 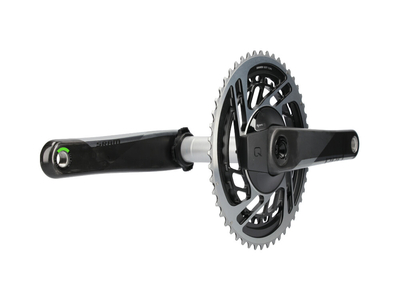 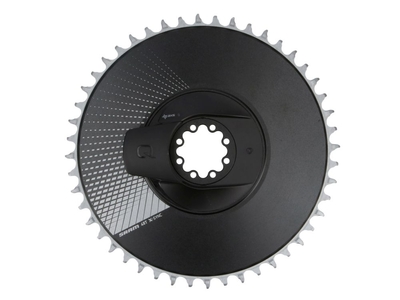 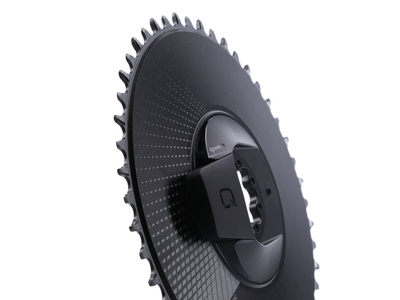 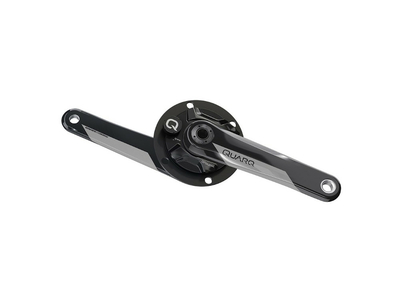 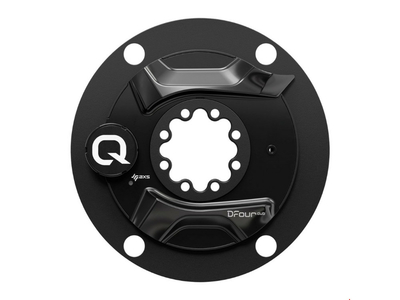